There was no plan, just the camera and an initial look at the drawings and paintings from the late seventies and early eighties at the studio in Brixton and at St. Martins before that.

The first camera was half frame format and in 2017 to early 2018 I worked with single images. Early in 2018 I visited the Andreas Gursky exhibition at the Hayward Gallery and saw that this artist was not too concerned about technical matters but was intent on making images on a large scale. I particularly remember Paris, Montparnasse 1993 with its chromatic aberrations.

From that point onwards I used image handling software to stitch the half frames together and in 2019 switched to a full frame camera. The size of images that can be processed stretches the capabilities of a standard desk top computer and software to some not inconvenient limits but does require patience. It will take an hour or more to compile a set of frames into a final image that will then need to be checked and cropped before developing into the starting point for a composition.

All the camera settings are manual and by the nature of the manipulation that is needed, over exposure of an initial frame results in complete loss. I was initially concerned to maintain depth of field but more recently I have realised that I can get better results if I prioritise a lower ISO setting.

I have selected 16 compositions from the images that had made it onto the web site. Nine of them are city views to the south west over Bow Goods Yard East from Greenway at the Marshgate Lane bridge. This site offers the one broad and distant horizon on my regular cycling route. 'Thames Path...' is the only image here which was not taken from this route.

As the sequence of images has grown I have been glad to capture a range of atmospheres around the selected locations. 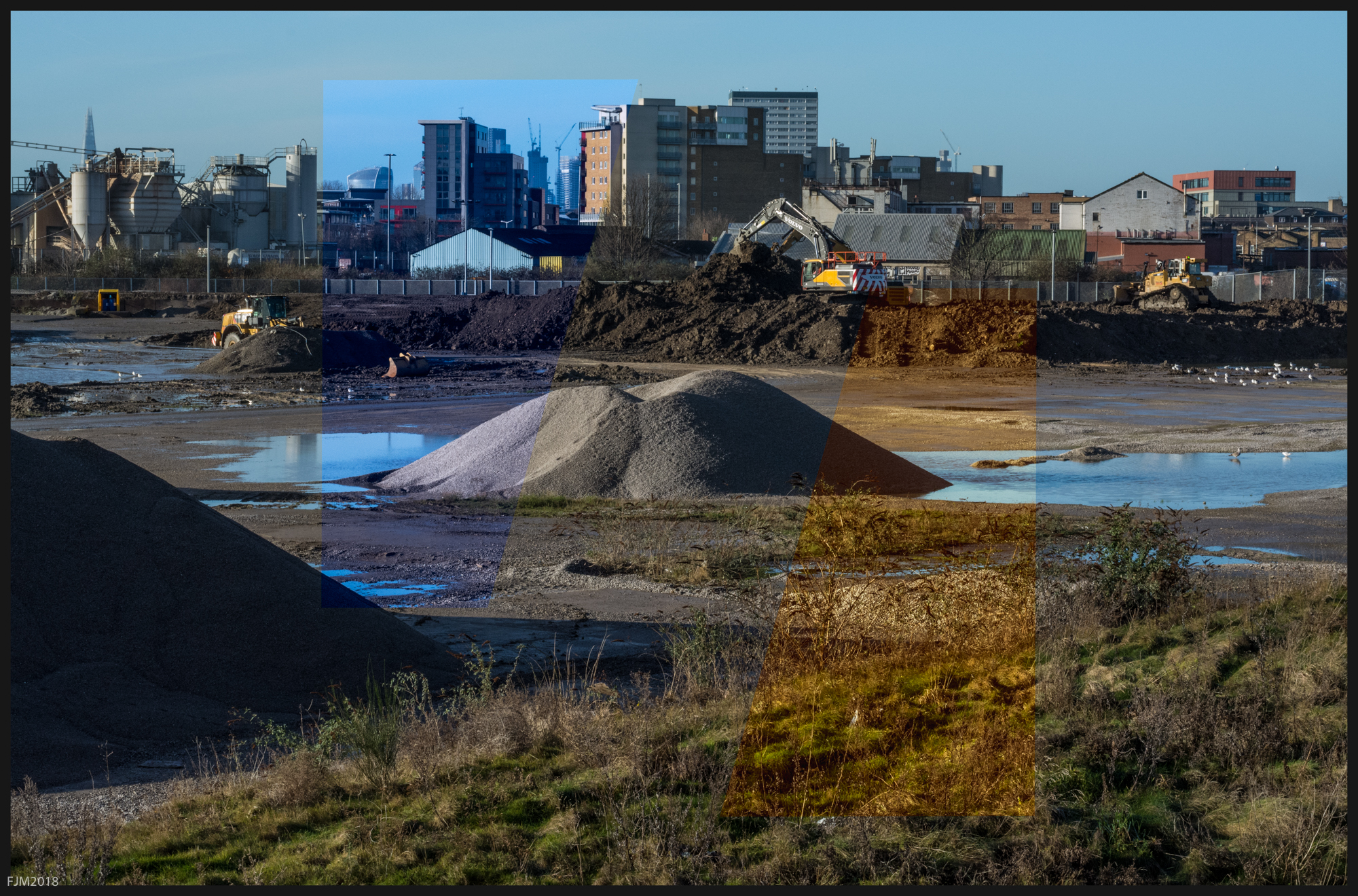